The grace of God as the way of salvation is a central tenet of the Christian religion.

One of the key doctrines that was highlighted in the Protestant Reformation of 500 years ago was sola gratia – salvation is by grace alone. This doctrine is a precious truth that prevents Christians from taking any credit for how they have come to be Christians – God is the one who is responsible for their salvation.

As a result, Christians are rightly eager to defend the gospel against slipping into anything that would undermine the grace of God. In this eagerness, they are like Paul, who said, “I do not nullify the grace of God, for if righteousness comes through the Law, then Christ died needlessly.” (Galatians 2:21).

But this zeal is not always according to knowledge. And some, eager to defend God’s grace against the subversion of a works-based system, can fall prey to a very dangerous error: misunderstanding the extensive nature of grace itself.

How so? By turning grace one-dimensional. 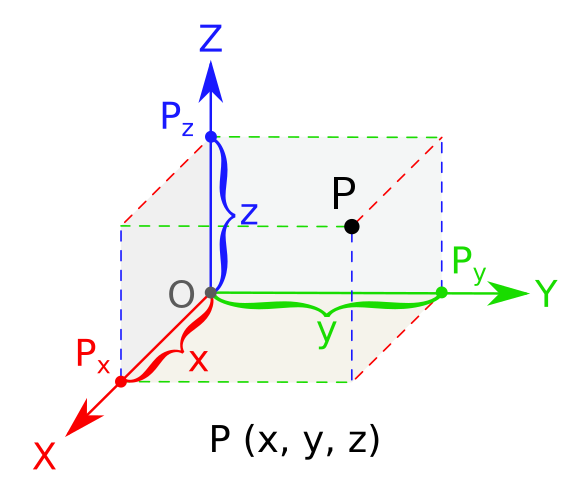 When I have heard the word “grace” over the years from non-pastor Christians, it has almost always been concerning the place of grace in conversion. Usually in the broader evangelical world it about forgiveness; in the sort-of-reformed community it is often also about the effectual call to salvation including regeneration and conversion.

But this is only one aspect of God’s grace. To limit one’s understanding to only this dimension of grace is to miss a very crucial understanding of how else the grace of God is bestowed upon Christians.

I want to explore two other dimensions of God’s grace that come from the same generous source (God) but that speak of what God actually does in an ongoing way in the life of the Christian. These two ways are:

These two are related, of course, but they are distinct enough that it helps us understand something: God’s grace is much more sophisticated than is often understood. And it involves much more than simply God forgiving us.

So let’s look at God’s grace for righteous living.

A foundational passage for this is Romans 5:20-21. By this point in Romans, Paul has established that the basis of our redemption is by his grace alone (Rom. 3:24), and that our righteousness is credited only from God and not from ourselves, designed to be by faith alone so that it could be according to grace (Rom. 4:16). But he is now concerned to show, starting in chapter 5, that if Christ’s death could save us by forgiving our sins, “much more” will his resurrected life save us by granting us power over our sins.

In these two verses (Romans 5:20-21), “sin” and “grace” are parallel, contrasting concepts. Sin is spoken of both here and over the next several chapters as a kind of powerful entity itself, often personified; most people grant this. But it’s easy to forget the corollary: sin’s parallel, grace, is also the same kind of powerful thing.

But more than that, the point Paul makes shows this: grace is even more powerful than sin: “where sin increased, grace abounded all the more” (5:20)”; “as sin reigned in death, even so grace would reign…” (5:21).

And this grace doesn’t simply reign by forgiving the deeds committed under the great power of sin. Instead, it gives the believer in Christ a greater power by which to life a righteous life: “as sin reigned in death, even so grace would reign through righteousness to eternal life” (5:21). It is clear from Romans 6:22 and elsewhere that this righteousness is not merely a standing, but rather a comprehensive righteousness that includes the powerful working of God in believers to do what God says. The outcome is the eternal glory we were promised at the moment of conversion.

This concept of grace’s power is why Paul can say: “For sin shall not be master over you, for are not under law but under grace.” (Romans 6:14). This isn’t just a cute motivational phrase; instead, it’s a statement of fact built upon the idea he just taught: the power of grace in the believer is more powerful than the power of sin in the believer.

This is why we are told to go to the throne of grace to “receive mercy and find grace“ when we need help in the face of temptation (Hebrews 4:16).

This is why our hearts can be “strengthened with grace” (Hebrews 13:9).

This is why Christ could tell Paul: “My grace is sufficient for you, for power is perfected in weakness.” (2 Corinthians 12:9)

So how does God strengthen us by his grace to do his will? By means of the Spirit of God who dwells in us.

This is where his argument goes in Romans 5-8 – grace will reign in life, and it is in fact the Spirit himself who gives life (Romans 5:21; 8:2). He sets us free from the law of sin so that we can actually do the essence of the law of God (Romans 8:3-4). Our walking by the Spirit demonstrates an eventual outcome of (eternal) life (8:13).

All of this leads us to at least this conclusion: when someone says that they want to magnify grace by focusing on God’s forgiveness instead of what we are to do as Christians, he has failed to understand the massive breadth and power of the grace of God. We can’t afford to to the same.